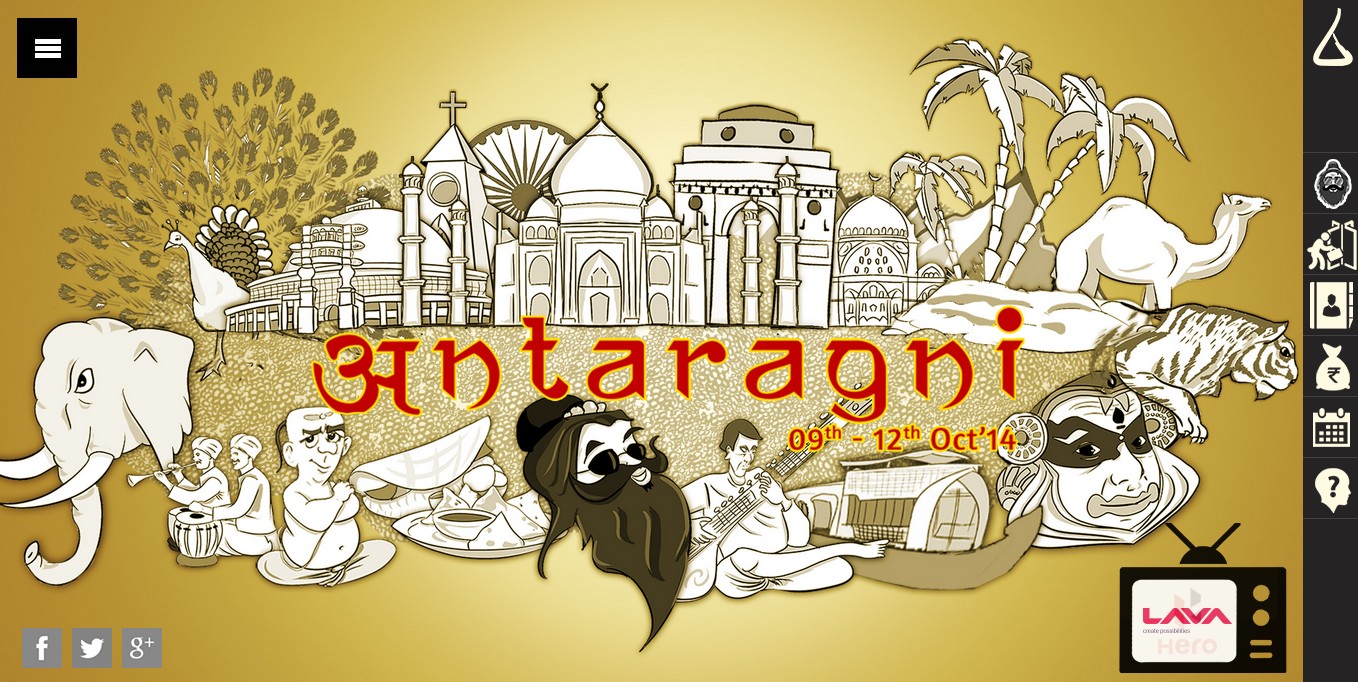 Superheroes, Medieval Fantasy, The Mafia - Antaragni has ceaselessly captured my imagination year after year. But despite the fact that I swooned over these themes, I would be fibbing if I claimed that any of themes resonated with what Antaragni could be and what I wanted Antaragni to be. The only theme that could descry what I’m talking about is Antaragni ‘09’s theme - ‘I am the change’. After reaching a certain point, an organization of the likes of Antaragni stops being just another student-run festival and becomes a vehicle of change. Legends like Vishal Dadlani, Raghu Dixit, Rahul Ram bear testimony to Antaragni’s legacy and it’s ability to infuse change.

Antaragni stands today for the aspirations of thousands of students who after months of practice compete against the best in the country.Our vision for the festival was very clear, we wanted a theme that the students could identify with, a theme which was steeped in our rich culture and could portray the ambitions of the students who compete here. Choosing a theme which could be a mouthpiece of this sentiment was an uphill task. And after what seemed like an eternity, we came across this gem of a theme which we rejected out of hand. To be frank, it seems absurd in the beginning, but it grew on all of us. ‘Aham Bhokalam’. You have to marvel the simplicity of the theme, it’s ability to mean different things to different people, its enigma and its closeness to our culture.

Yes, the theme has caused its fair share of cause celebre. I for one believe, that the only way to appreciate it would be to let go of the negative connotations we have associated with the word ‘Bhokal’. ‘Aham Bhokalam’ perfectly portrays the spirit of Antaragni - the unfathomable power of the human will - of unleashing the power within. ‘Aham Bhokalam’ for us is a celebration of our indomitable spirit, of finding new meaning in conventional wisdoms, of creating our own paths, of exploring territories where no woman(or man) has ever gone before, to use that line, of being open to the different choices that people make.

The crux of the theme I shall say, is that we can be what we want to be, with of course a zing of our homeland - Kanpur.